The tradition will continue.

I was thinking about what could be the topic of my blog this week. Gun control? Oh, I’ve done that, multiple times. Besides, the last couple of posts to this corner of the Internet have been a bit on the sad side, so I need to lighten things up. I thought of a couple of really good ideas, but then they left my brain because of my current obsession.

So I thought, “Hey, why not write about that?”

While others spend this month focused on spring, college basketball and other timely topics, as soon as March 1st arrives, I know the clock is ticking and I only have a month to assemble another one of my “National Gullible Day” broadcasts.

This will mark the sixth year I’ve asked friends to give it up and be silly with me on April Fools’ Day, doing a mock newscast as if National Gullible Day was a real holiday. (or is it?) And, as it seems every year, this year’s effort is looking like it will out-do all the earlier versions. You can watch them on the website.

This year will feature some of the regular cast members, along with a few new ones.

And a sneak peek at one of the funniest parts of the video that makes me laugh out loud every time I watch it, it’s a Memorialioleum (yes, I meant to spell it that way) of the National Gullible Fans we’ve lost since our last broadcast.

You know, of all the things I do throughout the year, this is the one tradition I need to continue doing. It’s such an incredible outlet.
I did have one idea that I self-censored. It’s a pretty hilarious concept, but in today’s uber-sensitive world, I just know it could hurt someone. While I’m usually fine with that, I just didn’t want a controversy to distract from the rest of the content.
If you want to know what it is, just ask the next time we chat.
So there’s your sneak preview. If you subscribe to my Wacky Week jokes, the link will be included there on April 1st. (If you’d like to be added to the list, just email me)
If you “like” the KRKO Facebook page, it’ll be posted there. Same is true of my Tim Hunter Creative Services page.
Anyway, you’ve been warned. I love this tradition. We can never laugh enough.
Thanks for the read.
Tim Hunter

I’ve got this quirky little April Fool’s tradition going. Each year, on April 1st, I release a video that honors the holiday, “National Gullible Day.” It’s my probably-too-subtle attempt at an April Fool’s joke that I had planned to do just one year. But I had so much fun, I did it again last year and then, I couldn’t resist doing another for 2018.
It’s not just a quick hit. In fact, the 2018 edition of National Gullible Day clocks in at 13-minutes. If I were to ballpark the hours it took to put together, with video taping, gathering resources, editing, having things go wrong, etc. I easily put 40 hours into the project. And while there were some frustrating moments, its an awesome exercise and lets me prove to myself that I can do it.

I thought I would share a little of the behind-the-scenes of what went into this year’s video.

MY SEGMENTS–All of my contributions were shot downstairs in my office, using a green screen and being a one-man production company.  What you saw were actually shot in the THIRD retake. The first time, I recorded all the lines, but then some things changed. People who were supposed to be in it bailed out. Extra guests and ideas were thought up after the first shooting. So, I did a second round of takes. (yes, that means setting everything back up that I had put away because I thought I was done)  But this time, the clip-on lavalier microphone had some technical issues, popping, clicks and such. So, I had to shoot some of my scenes a THIRD time. To add more challenges, as I was putting things together,  changes took place where I needed to re-do the audio, but I figured a way around that, where I recorded new audio while being off-camera.

THE GUY IN THE WEATHER SCREEN–That’s my former supervisor, Chris Settle. Chris is that go-to guy you can always count on. When you ask, “Can you scratch your butt and pick your nose on camera for me?” and without missing a beat, he asks, “What time?”, that’s a go-to guy.  That was actually shot on the roof of the building where I used to work at Destination Marketing.

THE HOROSCOPES–I hope you took the time to read them. I had a blast writing them. That was the result of last year’s weather guy being unable to play again this year. Apparently, some of the other news people at his station demonstrated bad judgement in some of their outside projects, so Brian was unable to join us this year. As I watch our own local TV news deteriorating, I thought I’d take a gentle poke at the industry. 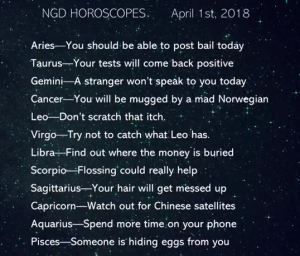 DORI MONSON–I admit, I’m a fan. I actually got Dori to join me in announcing the 17th of May Parade in Ballard a couple of years back. One of my proudest appearances on his radio show was when he put me on the air with seconds to go one day and I blurted out the line, “You know, if God didn’t want us to eat animals, he wouldn’t have made them out of meat.” Dori actually was going to help out in last year’s Gullible video, but his schedule just got too busy. So, I approached him earlier this year and he was all for it. But, as you would expect, he’s got so much going on in his day that this didn’t happen the first week. Finally, 5 days before show time, I reminded him and he stepped up to the plate, knocking it out of the park.

THE WALL GUY–Joe Doyle was the crazy guy on camera. That was quintessential Joe. He’s actually a Bothell kid who went to school with my daughter, went down to Hollywood for a while but missed the Northwest. He does stand-up comedy around the area and even had a guest spot on the TV series, Z-Nation.  Now, for the background story on the wall between Bothell and Kenmore. That was an idea I proposed to the Bothell Chamber, to help promote the fact that Kenmore is being brought in and it will soon be known as the Bothell Kenmore Chamber of Commerce. My suggested plan was that, on April Fools Day, we’d put out a press release with a video, as if there was really a wall going up between Bothell and Kenmore with a website name. Then, when you visited the website, you found out it was an April Fools gag and the announcement that the two cities were now co-Chamber members. However, there were some people in higher places that felt saying that a wall was being built between the two cities might be taken seriously and it could scare people. As you witnessed, it is the most terrifying piece in the entire production. 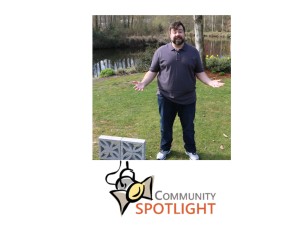 THE SEATTLE GULLIBILITY CONFERENCE–That was shot at the Leif Erikson Lodge in Ballard during their recent Heritage Day celebration. I had several folks reluctantly try some lines for me, but they ended up on the cutting room floor. May I also add, the Thank You bouquet they sent over is beautiful. Great job Howie on putting your presidential demeanor to good use.

GARDENING WITH GRETA–Brian, our banned weatherman, was kind enough to coerce his talented and lovely wife to do the gardening bit and the two of them shot that in their kitchen. What a team! 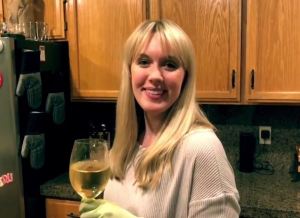 THE DEAD END BIT–Kudos to father/daughter team, Mike Rue and Brittany Wells, for nailing the idea I had of a clown behind a reporter. That took two attempts as it was pouring the first time we planned to shoot. Again, another go-guy, Dale Amundsen, was asked if wouldn’t mind filing his fingernails for me on camera and his response: “How short do you want them?”

THE CLOSING SONG FOR THE CREDITS–This is the miracle piece.  I had reached out to a local singer and asked if she would do a silly National Gullible Day song for me. She agreed and was so excited, but said she was working a lot of hours at her regular job and asked if could we do it on Friday. Yes, two days before broadcast. Friday rolled around, I hadn’t heard from her, so I shot her a note on Facebook and she let me know that the day she was supposed to be off, she had to work and she was sorry. Couldn’t do it. So, there I was, with no song and everything else in place. I remember singing along in the car with a Neil Young song and while I’m no Neil Young, I could sound NY-esque.  So, I created an album cover for a NEAL Young, found a music bed that I could sing Happy National Gullible Day over and, in the second take, I hit the golden “well, that’s good enough!”  But a Neil Young sound-alike should have a harmonica bridge somewhere in the song.  I had a gap that was perfect for that, but didn’t have a harmonica. Honest to God, I went to YouTube, searched for ‘playing a harmonica’ and there was a guy playing a harmonica, just basically demonstrating how it worked. I took that, laid it over the top of the music bed and it sounded like it was meant to be that way. That was a goose bump moment. 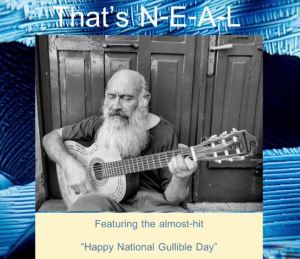 AND A FINAL MESSAGE FROM THE PRESIDENT–I thought of this as I was wrapping things up. Rather than just the song ending, how about one more little goof before wrapping it up. I asked Fred Bugg from my radio-days-gone-by if he’d lend me a Trump voice and it was back several hours later.

THE FINAL STEP–That happened Saturday night, when I uploaded it to my YouTube Channel, send the link to all the participants to provide to their attorneys, updated the website (www.nationalgullibleday.org),  posted it on social media and then, it’s stand back and see what happens. Two days later, its at 134 views, so I am pleased. No more than half of those are me.

If you get inspired and would like to join the party, let me know. Glad to drag you into next year’s edition of National Gullible Day.

Thanks for the read and for watching!

PS–In case you haven’t seen it: