So, last Sunday was going to be epic. We didn’t have any plans to speak of, were going to spend the day putzing around the house and maybe run a few errands, all after the Seahawks finished their early game.

I got up, turned on the TV and the screen was blue. I was able to switch to Netflix or Prime, no problem and the cheap digital antenna I hooked up worked. So, there was something wrong with the cable.

I did a couple of resets of the system without any luck. I got a Xfinity/Comcast person on the phone, we tried a couple of his tricks and still, nothing. So, I booked the soonest service appointment they had available which was Monday afternoon. Go without cable for over 24 hours? Unthinkable. My plan was to run over to the Comcast store when it opened at 10am, swap boxes and if that ended up being the problem, I’d just cancel the repair appointment. This should work.

In the meantime, a bunch of panicky emails started circulating from my KRKO & KXA radio brethren up north.  Apparently, a staff member had posted a picture of some teens and several of our Facebook followers were pointing out that they were allegedly flashing “White Gang Signs.”  The immediate response by one of those in our group was to take it all down, which they did.

But what’s this White Gang sign thing? I apparently operate in different circles and I’m not doubting there is such a thing, but how did several of our listeners become such great experts in this field?  Well, let’s start with the controversial picture: 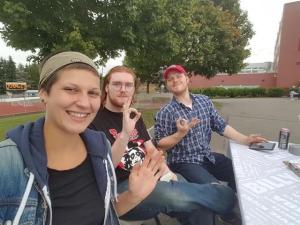 OK, I’ll give you that they’re white. There’s three of them, so technically, it could be a gang. A small gang, but a gang none the less.  But before we start making accusations about some teens in Snohomish County, why would you immediately go to the darkest place possible? Do you know these kids and what they are into?  My God, how many times did I mug the camera when I was in my teens, doing goofy things.

So, are they “White Gang” signs?  Well, you be the judge–here’s a website that identifies all of the possible White Gang signs.

Not really a lot of matches, unless you’re considering the classic “OK” sign to be a gang sign. Are you willing to go there and think the worst of these kids because of the OK sign they’re flashing?  Then I’d just like to quickly point several other White Gang members of whom you may not be familiar.

Yeah, I always knew they were up to something 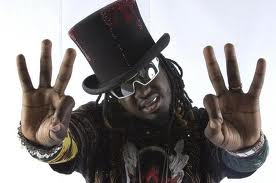 Such a young age to be a racist

Paul, how could you? 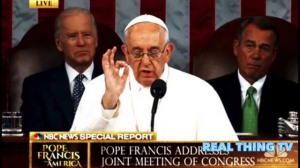 I should have known by the gang hoodie.

I think that’s a hoodie.

All this to say, just calm the BLEEP down. Like I said, if you know those kids are White Gang members, SAY SOMETHING TO THE POLICE. But if you’re just trying to troll from the confines of your parents’ basement, get a life. Or go after some of these other, more well-known targets above, Mr. or Mrs. Gang Sign Expert.

Now, back to my cable situation. Well, with the Seahawks playing at 10am, my game plan was to hop in the car and be at the Xfinity/Comcast store right when they open, swap out boxes and hopefully be back watching the game by the second quarter. It seemed crazy enough that it just might work.

Except, when I arrived, I found out that they don’t actually open until 11am. Well, rather than running back and forth from my house to the mall, I called my wife and said I was going to go hang out at The Ram, have a beer and watch the game until the cable store opened.  I pulled up to the Ram–and it was closed. They didn’t open until 11. So I headed over to Stanford’s and they also didn’t open until 11.  OK, that’s it, I surrender. I’ll burn up a little more fossil fuel and go home for 20 minutes and then head back.

My second trip proved more fruitful. Within 3 minutes, I had handed over the old box, grabbed the new one, and zipped home.  VICTORY! It was a defective cable box all along!  My big beautiful 70-inch television was once again filled with Seahawks football and my precious Sunday morning was back to normal. I was elated.

And all this left me with just one question: Can everybody just calm the BLEEP down?

PS  So now the move is on to make all of those people pictured above racists. Here’s the story 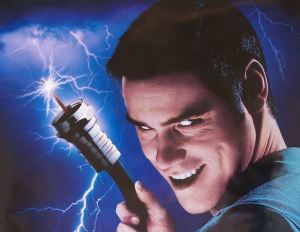 I live in the city because I enjoy all the extra’s that come with not living out in the middle of nowhere. I mean, you get to certain parts of the United States and it’s tough to get an Internet signal. If you want TV, you probably have to get a satellite dish, hope for the best and settle for whatever channels they offer.

Our comfy abode is in North Seattle, a fairly developed part of the Western World. Which is why it surprised me last week when I returned home on Thursday afternoon to find everything dead, I mean EVERYTHING–Internet, TV and even our land-line phone that my wife insists we keep. I found myself “urban camping.”

I reacted the way every other red-blooded American would: I called up the provider, Comcast (or, Xfinity, if you prefer) and asked them to fix it.  First, I had to go through a series of things I had already done. Rebooting the modem, rebooting the cable box and then let them know if it had fixed the problem. It hadn’t.

At that part of the conversation, the person from X-Cast let me know that they couldn’t have a service person out to the house UNTIL SATURDAY.  It ended up being 47 hours until he arrived and found a solution to the disconnection of services.

No biggie for the average person with normal usage. But I not only rely on high-speed cable for my work, I also do a morning radio show on KRKO that requires me to upload big audio files daily. I had to resort to uploading them via my mobile phone hot spot which, in one day, exhausted my monthly data allotment before tossing me on to pretty much dial-up speed. For other file transfers, I drove over to the Starbucks parking lot and used their WIFI. I grumbled on Facebook about this little adventure and Comcast-haters piled on. With more and more people cutting the cord these days, you’d think they’d be concerned about that level of hate out there.

Now, get this: when the Comcast repair guy came out and took a look, he saw that my cable had been CUT. Up until that point, my theory had been that, since the cable ran through the trees, that squirrels had chewed through it. Nope. The repair guy showed me the clean slice. HIs theory? That a Seattle City Light truck’s extended arm had clipped it, perhaps when they were trimming a branch on the other side of the tree.

So it was not of my doing. I’m sure the cable company will refund me for those two days I didn’t have service. They’re already getting away with giving me a month of service in February, which is only 28 days long.

I wasn’t completely stranded without electronics, but this was a firm reminder of just how susceptible we all are if the cable company and the city power company ever decide to conspire against us. They would make quite a team.

I now know what that is like, and it’s not pretty. Urban camping, by the way, sucks.