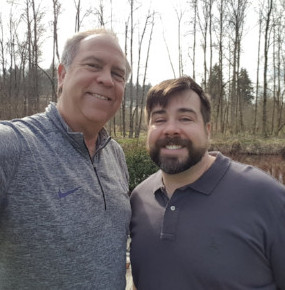 I’ve been noticing that more and more people are posting pictures on Instagram instead of Facebook. My current theory is that all the politics that have permeated the Facebook platform have driven some people out, or at least, limited their interest in friends trying to persuade them to a political point of view.

Over the past year, I’ve become very serious about blocking and hiding posts, which has made Facebook all that much more enjoyable.  I usually start with blocking the source, even if it’s a reputable one, because if I figure if I ever want to view that source again, I can do so on my own. Not surprising, you can actually live without seeing a lot of those posts.  Step 2 is hiding someone’s bitter, caustic rant, because I don’t want that energy in my feed.  Then, if the person just won’t give it a rest, they’re unfriended. It’s that easy.

However, somewhere during my generation, people have decided to tie their political awareness to their real-life happiness. The result is that they’re simply not happy. Watching the day-to-day antics of the political arena and allowing that to determine if it’s a good day or not is a ticking time bomb.  Plus, that causes you to ignore all the good things happening around you (and, they are) all because of what’s going on in Washington, D.C..

Well, even though that’s an insane way to live, you’re entitled to exist that way. It’s an unhappy, stress-filled, depressing existence, but that’s all you, baby.

So, it is at this most festive time of year that I would like to offer a Copy & Paster’s Guide to the Holidays.  A convenient way to continue your discontent by simply copying and pasting these responses to some of the more commonly-used holiday and seasonal expressions. You’ll be the hit of Facebook!

Think of all the time you’ll save and the people you’ll convince!

Or, you could prioritize your life to the positive realities around you. Yes, there is a lot of fixing to do in our world. This just in–there always has been. You think the 1960s and the decades that followed were perfect? However, positive changes occurred, influenced by people who cared and that you must always do. But funnel your energy to methods that will actually cause change. Donate to a group, volunteer hours, believe in positive evolution of our world.

Whining, living a bitter life, those kind of things don’t inspire people to adopt your point of view and you’re better than that. And while all that is going on, you’re missing out on some beautiful sunsets, snowy winter mornings and the sweet cooing sounds of a newborn baby.