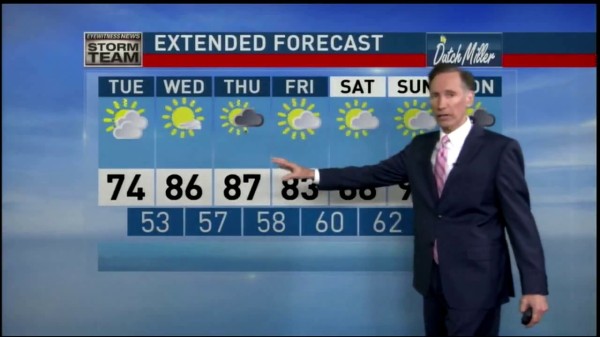 I know I’m not the only one who can’t wait to think of the next one-liner and spends the majority of his life watching things go by, hoping for a good setup to a punchline.

Gosh, it goes back to my high school days when I started a notebook to collect jokes, those I had written, others I heard from friends or from comedians I admired on TV. Of course, I tried to write enough funnies to fill an air shift when I got into radio. As my involvement deepened, I’d write more jokes. Soon, I was putting out one-liners that went to Radio Online show prep for other disc jockeys to use and to be considered each night for Jay Leno’s “Tonight Show” monologues. I sold quite a few over a 10-year run.

I know that Pedro Bartes over at the Jet was also a contributor to Jay. We both would “fax” in our jokes, along with some other comedy-writing pals of mine, and then keep our fingers crossed when watching the monologues to see if any of our material was used.

These days, of course, you’ll hear my jokes on my morning radio show on KRKO, and all are posted each week on my joke website, wackyweek.com.  I send out a weekly collection to a lot of people in a mass email (and, if you’d like to be added to that list, just shoot me an email), including Seattle Times‘ sportswriter, Dwight Perry.  Every now and then, Dwight will sneak one of my lines into his column and for a comedy writer, it’s just great to get some kind of verification that someone else found your joke humorous.

Another comedy writer Dwight frequently quotes is Jim Barach of JokesByJim.blogspot.com.  Dwight’s column is where Jim caught my attention and so I visited his website and found out a few things about him. He’s a TV weather guy in Charleston, West Virginia, that loves to write jokes. He also lost his wife several years ago to cystic fibrosis. I loved that he described himself in his profile as “widower, dad.”

There was a part of me who saw all this and basically felt like this was me in a parallel universe, where life dealt him some blows, but the drive to keep funny kept him going. He likes to describe himself as “the most prolific joke writer on the planet.” I know, by quantity, he’s got me beat.

So, over time, I’ve occasionally dropped him a note about one of his jokes, or noticing a typo that he might want to fix and each time, he was gracious and appreciative. Then, on one of my recent visits to his site, I saw that he’s running for political office in the state of West Virginia.

Suddenly, the degrees of separation got smaller. You see, my dad was born in Scotland, but was raised in West Virginia. I wrote to Jim to report that connection and here’s what he wrote back:

I have read the Appalachian accent is basically Scottish in nature as a lot of Scots came over here early on to work the coal mines and then ended up settling here long term. Many thanks again!

Yes, my dad, his dad and brothers found their way to steel mills and other jobs, whatever they could get. At least, before they were drafted or enlisted.  By the way, what he was thanking me for was my donation to his political aspirations. I barely know the guy, but I know he’s a family man, that loved his wife and lives to write jokes. I think we need more of those kind of people in office these days.

Should you want to do something crazy and contribute to his political campaign, even just $5, I know that’ll freak people out as they wonder, “Why is all that Seattle money heading his way?” Donate here.

I give you laughs on a weekly basis. If you find yourself being unable to wait, always check out Jim’s blogspot.

My brother in comedy.