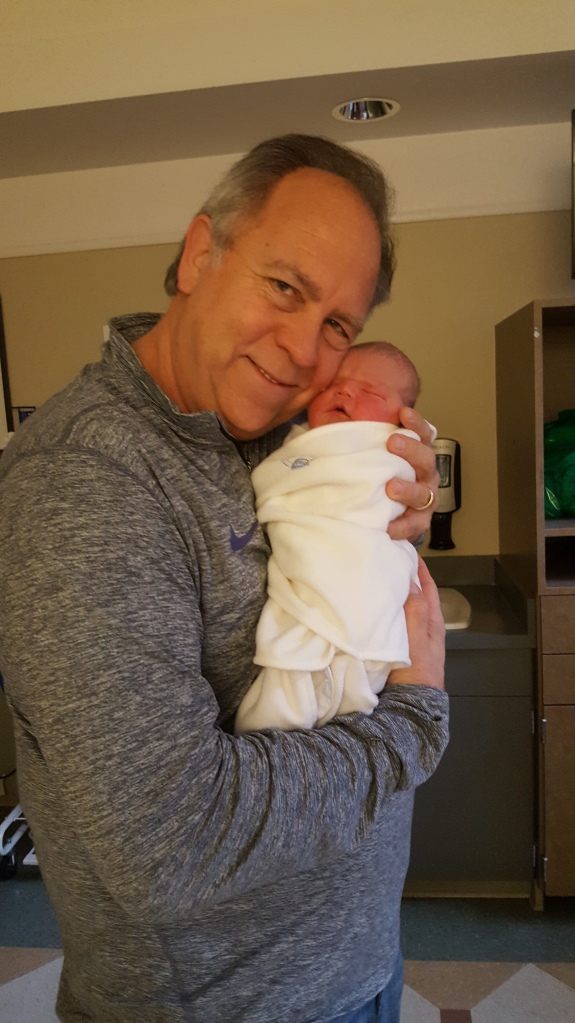 I’ve had this long-standing theory and perhaps I’ve written about it before. But this has been one of those weeks that I remind myself that life is all about balance.

Basically, we’re born and we die. Now, that period between those two monumental events of our life is filled with good stuff and bad stuff. It’s how the world works. It’s not perfect, it’s not evil. Here, let me show you this chart. 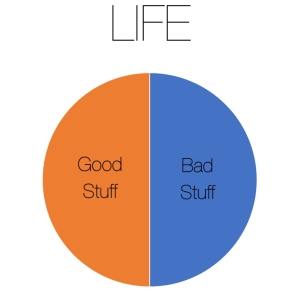 The Tim Hunter Hypothesis is that we are all given the same amount of good and bad in our lifetime. If you sat down, created two columns and started listing every good thing that’s happened to you on one side and all the bad stuff on the other, by the time you’d reach the end, you’d see that we get equal amounts of both.

Here’s the challenge. During your life, it comes in random amounts. Like, say, this week, I easily had a much larger dose of bad stuff happen than good. Oh, and there was good. I got to hold my new granddaughter and play with the grandkids. I was able to direct a video shoot for some new commercials for a client. I enjoyed a romantic dinner with my wife at Picolino’s on Valentine’s Day. I’m having lunch today with a long-time friend who beat cancer last year.  I continue to be able to write and play and create in this career-like-job I’ve crafted over the past several years.

But there was a ton of things you could consider bad stuff. Outside of my world, there was that horrific school shooting down in Florida. (see my previous blogs on that topic–I’m tapped out)  My main computer decided to wig out. The one on which most of my writing and producing is done. Things that should have taken seconds crawled along. I had to research, experiment, delete and install, all eating up the time I would normally do each week’s regular projects.  On top of that, my cell phone has been acting up and while not mentioning the company by name because they’ve been nice, a supposed fix to the port has resulted in a half-dozen visits to their store. They’ve had to install a second new screen, have gone through two ports and today, I have to drop it off and be phoneless the bulk of the day. Doable, but it just adds to the challenge.

I found out that a $1,000 check I had deposited a month ago never made it in. It was that “depositing by phone” thing that failed, but I just assumed it went in. As you can imagine, funds went short a couple of times.

Clients needed things yesterday. Extra projects came up.  Precious time disappeared so that I would get up even earlier than 4am just to get it all done.

Its weeks like this one that I remember the chart. So, I had a few challenges and, if I were keeping a weekly score, the bad probably won out over the good this week. No matter. I just take it all in stride and remember that it must mean a bunch of good is coming my way. If not next week, the week after. Eventually, it all balances out.