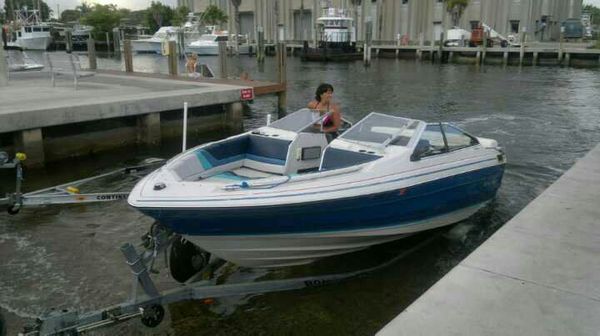 Growing up, I had occasional brushes with them. In home movies, you can see a 4-year-old version of me (hmm, I don’t recall a life jacket) on a rowboat during vacation up in Washington State.

The big story around that visit is that a cousin of mine put a brand-new engine on that boat, went out in the water and it fell off, sinking in the mud below and was never seen again. Apparently, he hadn’t attached it very well and it was the reason someone had to row.

A year or so later, I went up to Big Bear Lake and went out on a boat fishing with my uncle Chuck and cousin Charlie. I don’t remember catching fish, but I do remember them thinking it was hilarious when I decided to try eating some salmon eggs.

One time during a South Dakota family trek, my late uncle James, my dad and I went out on the Missouri River, with me latching on to a huge Northern Pike. It’s trips like that one that makes one a fisherman for life.

However, I never really owned a boat until I was married, a couple of kids in and had cracked 40. One Father’s Day I went to look at an ’88 Bayliner Capri and fell in love. I had something to play with during the Lake Chelan vacations and even came home from work one day, grabbed the kids, got us lunches from Boston Market and then went out on Lake Washington to have the Blue Angels fly over our heads. Now, that’s how you do it here in the northwest.

A quick side-story about that. Five days after purchasing the boat, a brand-new Hooters Restaurant opened up in Lynnwood, north of Seattle, and the Murdock, Hunter & Alice show paid a visit to settle the dispute about it being “a family restaurant.” As we walked in the door of this brand-new restaurant with all the Hooters Girls greeting us, one yelled out, “Tim!” It was the girlfriend of the guy who I had bought the boat from. Small world.

I had that boat for around five years, but while my love continued, the rest of the family became a bit bored with it, resulting in me going out by myself more often. That just made it too much work. Add in the time I took the kids to Lake Wenatchee and bent the shaft by going over some rocks and it was a sign that it was time to sell.

In recent years, for a time, we had a boat to borrow up at Lake McMurray, where Victoria’s family cabin is, but that went away. So now, I feel I’ve got this life thing under control, I could afford a small boat payment every month and I know I would use it. I just want to make sure I don’t buy something that lives in the repair shop.

That being said, I came close to pulling the trigger on a ’91 Bayliner yesterday. I really wanted that boat. It was $4500, which is the same price I paid for my Bayliner back in the day, and it looked pretty good. Just on the dirty side, as I was told that it had been in storage for a year.

Where it broke down:

For those reasons, it just got too complicated. I had a check with me, ready to fill out, but the inner voice said this wasn’t the one. So, my quest continues.

I know, I know: “The two happiest days of a boat owner’s life are the day he buys a boat and the day he sells it.”

And now, the shipyard where I visited yesterday said they had a similar boat to the one I was looking at, and they had done all the maintenance on it. I’m going to see that at noon today. We’ll see what my inner voice has to say about this one. Wish me luck.