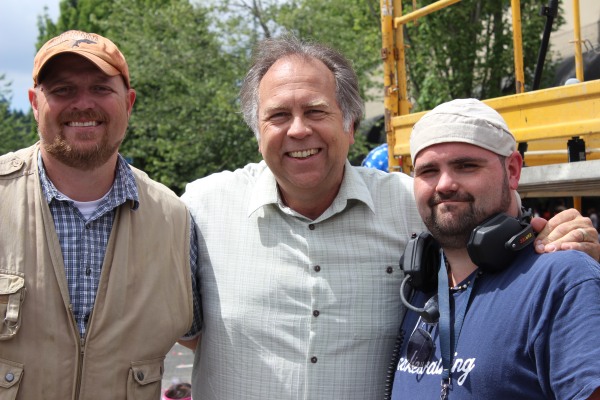 2020 continues to taint its reputation with each new day. Cirque du Soleil has now filed for bankruptcy and has let go of its 3500 employees. This week, as we braced ourselves for another new month and what terror it might introduce, we said goodbye to a comedy legend, Carl Reiner.

Just today, I got word that the Sears store where I held my very first paying job, is heading for the history books.

There I was, the newly-elected senior class president as I headed into the summer before my final year of high school. Somehow, I was invited to be a member of the Sears Teen Fashion Board. Those who know me well are breaking out into hysterics, so I’ll give you a moment to regroup. Yeah, I’ve never been known as a fashion plate, unless you include bad fashion.

What that meant was that yours truly actually modeled clothes at the mall when Sears was rolling out the new fall fashions. They had my picture up in the store, wearing those Sears clothes. They also offered up the chance for me to put in 10-15 hours or so each week as an employee. I was what they called, a “floater”, meaning wherever they needed extra help, that’s where I would be assigned. The challenging part of that role was showing up to work and then finding out where I was headed. I’d put on my shirt and tie, arrive at the store and some days, find myself out in the garden shop loading bags of steer manure into trunks of cars.

But as if all that history and transition wasn’t enough, this is also the week that, for the first time in years, I won’t be standing along Main Street in Bothell on the 4th of July, doing the play-by-play of the annual Freedom Festival Parade. I’m not exactly sure when that tradition began, but I’ve got to think it’s been most of the the last 18 years. I seem to remember starting it when I was still waking people up at KLSY, and that concluded in 2003.

Celebrating our country’s birthday brings up so many memories, as the celebration has evolved for me over the years. Back in the day, I remember the family piling into the car, kids in our PJ’s, and driving down to find a spot on the beach so we could watch the fireworks there. Back in South Dakota visiting relatives one summer, I remember marveling at how my young cousins were allowed to run around and light off firecrackers.

Of course, in Torrance, they only sold the “Safe & Sane” variety of fireworks which, at that time, was pretty mild compared to today’s version. There was Smokey Joe, who’s picture appeared on the bottom of the box. You’d poke the hole in his mouth and insert his “cigar” which amazingly smoked! There were smoke bombs, the occasional pinwheels and fountains. Lots and lots of fountains. Oh, and Picolo Pete’s, which we discovered as we got older, if you clamped down on the first ‘e’ in Pete, it would whistle for a while then explode.

However, what I remember most about the 4th was going to the fireworks stand and having dad say that phrase he would utter every year, “I don’t know why we just don’t light a $20 bill on fire.”

Years later, I called him up on the phone and asked him to say it again, one more time, for old times’ sake. Today, I’d like to share it with you.

While raising kids in Bothell, we lived in a fun neighborhood that developed the tradition of making a run to Boom City, circling the lawn chairs and then explosives that could win a war roar into the sky for a couple of hours. From those days, I recall the time my son wanted to light one of the mortars, which he did….but it fell over and started shooting into the crowd. People scrambled, dashing behind whatever they could find and luckily, no one was hurt. But it’s one of those scenes I can see in my mind like it was yesterday.

While our night-time 4th of July celebrations these days are pretty much relegated to the TV and watching the fireworks displays there, at 11am on Independence Day, my place is along Main Street, as the Kiddie Parade kicked things off, followed by the Freedom Festival Grand Parade. It’s pretty much the parade where if you live in Bothell, you’re either in or at the parade. People put out their lawn chairs to reserve their spots along the parade route up to a week before it happens.

Over the years, I’ve had a flurry of co-hosts, but for the past couple of years, Bothell Kenmore Chamber buddy Mike Rue has joined me for the play-by-play and we’ve had a blast. Since we will be silenced this year, I thought I’d dig out last year’s parade so you can get a taste of what the broadcast is like.

Yes, the on-going nightmare that is 2020 has snapped my streak, but I’m planning to start a new one next year. Or the year after that. Whenever we can gather together again. These days, we just don’t know. 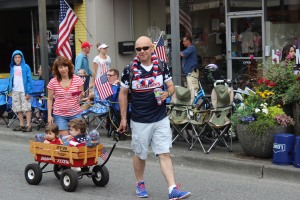 Enjoy your 4th and all the freedom that comes with it. 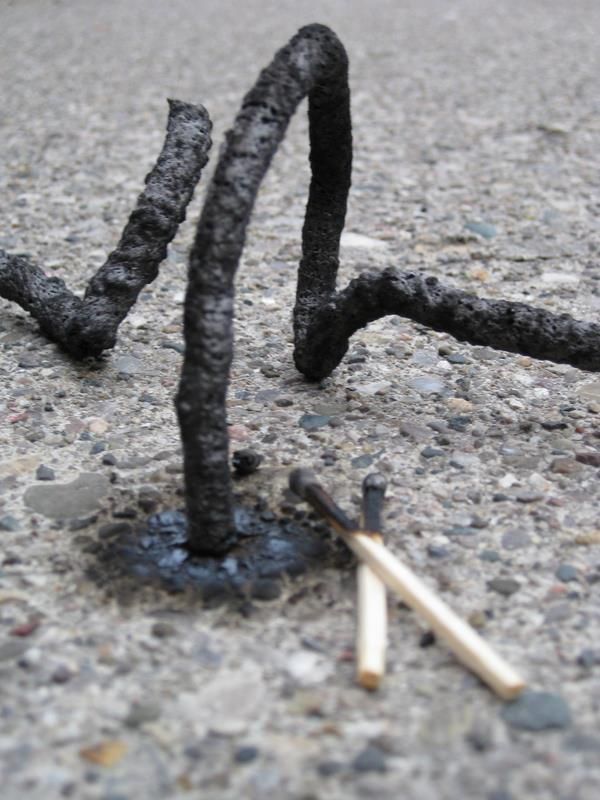 Oh, you’re not perfect. Then again, who is? I, for one, am going to use July 4th as a reminder of what a great country I live in. One that was founded on freedom and that allows and encourages us to complain about you the other 364 days of the year.

These days, the 4th of July means going back up to my adopted hometown of Bothell, where I get to do the play-by-play of the city’s Freedom Festival Parade for the city cable TV channel. Then, we head over to Mike & Annette’s house for the traditional after-party. Before dark, we’ll be home to protect the home from errant bottle rockets and attempt to calm the pets.

That’s how I celebrate these days. I’d like to take you back with me to my earlier celebrations.

I remember those days of growing up on 226th street and the anticipation of going to the fireworks stand with my family to pick out this year’s assortment. Would we go to one of the much advertised Red Devil fireworks stands, or that new brand, Black Panther?

The kids, bouncing around like we’d eaten a box of sugar cubes, would point at the giant assortment, knowing that dad would pay that much. Most years we did the $14.99 family fun pack, but it seems to me there were at least a couple of years where we went big and got the $19.99 value pack.

Each assortment came in a box wrapped in cellophane that had to be ripped off so you could see and handle all the contents. There were those fountains that you’d light and then watch as a shower of sparks would burst out for 10-seconds or so. Those had to be saved for the night of the 4th for the full effect.

There was the Log Cabin, a cardboard box made out to look like a log cabin that you’d light and smoke would come out the chimney for a few seconds. Wow.

Of course, each box came with at least one Piccolo Pete. A firework that basically whistled loudly for 12.57-seconds and….that was it. Over the years, as we got older, we learned that if you clamped down on the second P, it would whistle for a while and then explode. We were such rebels.

Pinwheels eventually made their way into the packs. There were smokeballs that you’d light and watch them smoke for a few seconds. Oh, and those snakes. You’d light a match, hold it on that little black tablet and ash snakes would pour out of them along with the delightful smell of sulfur.

And of course, there were sparklers. Another treat reserved just for the night time celebration, out on our driveway, where dad made sure that a bucket of water was standing by for us to toss our burned ones into. We were very neat celebrants.

In California, sunsets are pretty consistent throughout the year. So, we’d do the family fireworks in the driveway around 7 or whenever we’d convince our parents it was dark enough. Then, we’d all pile in the car and drive over to some hill in Redondo Beach to watch their big fireworks celebration over the ocean.

I’ve opened up this little time capsule as a reminder that on the 4th of July, you can immerse yourself in all the good of the holiday and go a little red, white and blue.  There are some who would argue that there’s no way they could celebrate because of everything going on—-the threats of nuclear war, racial inequality, people being locked up for the color of their skin, GMO’s, Global Warming, whales washing up on the beaches, etc.  That’s true, if you want to surround yourself with all that’s wrong in the world.

Thankfully, my parents chose not to do that back in the 1960s. Our home wasn’t filled with the daily news diet of everything that’s wrong and believe me, we had plenty surrounding us. Assassinations, war protests, race riots, a war raging on in Southeast Asia and so on.

It’s good to be aware of your surroundings and taking steps to make this a better place, but to make your day-to-day existence all about the problems of the world–that’s going to make for a long and miserable life.

And you only get one.

My advice–go to one of those remaining “Safe and Sane” fireworks stands and buy a box of snakes. Sit down on the curb and light a few of them. Watch as they amazingly come to life and then, blow away with the wind. For a brief moment, you’ll be a kid again and happy to be alive on another 4th of July.

Oh and one more thing. One of our family traditions growing up was going to the fireworks stand, getting that assortment pack, climbing back into the car and hearing dad say that phrase he’d say every year. Decades later, I would call him up on the phone and ask him to repeat those words on my radio show. 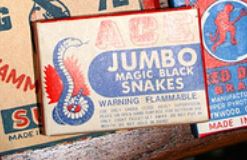