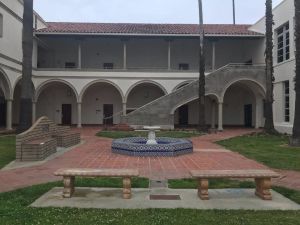 where no underclassmen dare be caught.

Thanks to whoever is the driving force behind the Torrance High School Memory Wall. It’s a Facebook page with the sole purpose of letting graduates of T.H.S. know about classmates who are no longer with us.

If you ever need a reminder of how grateful you should be, dare to see how many of those people you use to hang out with, are gone.

Looking back, high school is such a brief part of your life experience. Yet, those are amazingly powerful years that had a serious influence on what kind of adults we all became.

I roamed the halls of Torrance High School from the fall of 1969 until graduating in June of 1973. Some folks would rather forget those years. I cherish every single memory my increasingly feeble brain is able to retain. 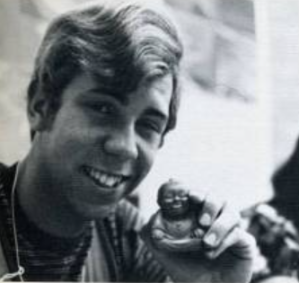 Thankfully, there are others that feel that way and who get involved enough with preserving memories that they create a Facebook page and actually keep track of who’s still around, and who isn’t.

Those who leave us are put on the Memory Wall. Recently, they offered up an Excel spreadsheet of all the Torrance High School Tartars who had used their allotted time on earth. While there were a lot of folks I didn’t know that came before or after me, when I came across the name of a former classmate who had since passed, I was sad to think that their journey was over. But seeing some of those names knocked loosed a flood of memories:

Dave Sanford was a couple of years ahead of me but was a super-jock whose picture appeared several times in my first two high school yearbooks.

Danny Gans went from the kid I played with in Little League to the Las Vegas mega-star. His life was cut short due to an unfortunate combination of drugs and heart disease. Read more here.

Dexter Wolfgang acted as flamboyantly as his name at a time when you just didn’t do that. Looking back, the guy was a lot braver than most of the students who teased him.

Greg Stadler was one of those guys all the girls longed after, yet his ego was so in-check. Just a good guy. I had heard he had gotten seriously into the “born again” thing. I found his obituary online. 55 is way too soon.

There are dozens of others from that 600+ person class who had also passed away. As I scanned all the names, I noticed the last names of some of my classmates, which means they had lost their older or younger brothers or sisters.

The organizers of this page were also kind enough to keep us posted on some of my favorite teachers, like Mrs. Wright, Mr. Buck and my counselor Mr. Ronan (who I blogged about recently). People who devoted their life to teaching and who may not have realized the impact they had on so many young lives.

We lost them to cancer, to Alzheimer’s, to heart disease, to COVID. All leaving much earlier than they planned, while serving as yet another reminder to appreciate the fact we’re all still here to remember those life-changing days.

It’s a sobering reminder, but a journey I’m really glad that I took.

I’d highly recommend taking a similar stroll down your own path.

Oh, the power of a high school yearbook.

One thought on “A Journey I Dared To Take”