Some weeks I can’t wait to see what comes out of this keyboard and others, I fight the urge to pile on to the latest political unrest. It seems like there’s a new one every week and while I have thoughts on each fresh, disturbing topic, I attempt to keep most of those opinions to myself, or discuss them verbally with open-thinking people.

Oh, the occasional politically-themed blog sneaks out, but I prefer that this little corner of the Internet be more positive and uplifting. Even when I break down and dive into a politically sensitive topic, my hope is to contribute  some balance to the topic.

Not a whole lot of possible balance this week, so I’m heading to space.

You see, there’s been a lot of talk about going back to the moon with the 50th anniversary of the first time we were there rolling around this week.

That was an amazing time in our country. Even with a war raging on in Viet Nam, a decade-long pursuit of safely landing Americans on the lunar surface happened when I was 14-years-old. I had graduated 8th grade and was bracing myself for entering the world of high school. During the summer, I took a cross country running class to get in better shape to try out for the basketball team in the fall. I remember buying a bottle of salt tablets because that’s what the coach said would help me retain water. God knows what my blood pressure went up to.

I do remember all the hoopla surrounding the moon landing. I’m pretty sure I have the front pages of several newspapers tucked away in boxes under the house. The Law and Order candidate, Richard Nixon, was president and so much was going in the world to compete for my attention from other things like, oh, girls.

Seriously, when you’re talking 1969, you’re talking about the Manson murders, Woodstock, the first Pontiac Trans Am came out, the “Miracle Mets” and gas was 35-cents a gallon. It was a completely different world. 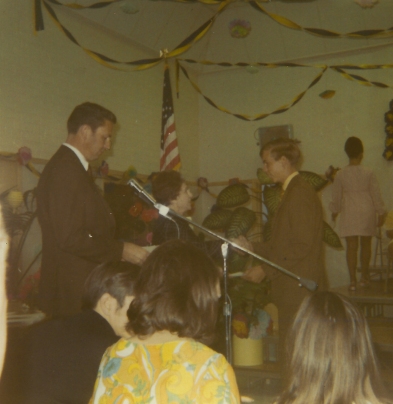 Yes, I was a proud Levy Llama.

Years later, I’ve naturally aged like a Facebook app and hear today’s explorers saying that they’re looking forward to going to the moon. If we somehow manage to make commercial travel to the moon possible in my lifetime, I think I’ll pass.

I wouldn’t be opposed to seeing, first-hand, what it’s like up there.  But there are already so many things down here that I haven’t seen or experienced yet. I only made it to Yellowstone National Park for the first time a couple of years ago thanks to my son’s wedding. They booked a venue in Montana and I was able to cross that off my bucket list.

Next month, I’ll be heading to Scotland for the very first time and among our stops, visiting the town of Wishaw where my dad was born.

You see, as far as places I’d like to visit in my lifetime, the moon probably is #2,589 on the list.

Think the flight to Australia is long? And then, to fly all the way up there just so I could look out at a bunch of rocks and craters and tell the old joke about, ‘That’s why they don’t have a restaurant up here–it lacks atmosphere.” And what happens when you’re in that space suit and you fart?  I definitely need an answer before I put one on.

Moon, I can see you just fine from here. A few of us might come your way for a visit, but I’ll pass.

To the explorer who can’t to fly there, you can have my seat.