Most people as they get older are looking for ways to make their lives easier. I seem to be doing the opposite.

Oh, we’re not talking brain surgery on the side while saving the world, or anything like that.  But the little radio show I do each morning for KRKO in Everett pretty much erased any “spare time” I might have had, and has made each of my work weeks challenging, to say the least.

But it’s what I love to do, so quit yer complainin’!

Back in January, as I looked ahead to the year and saw the traditions I like to continue, I wondered how the heck I was going to pull off another National Gullible Day video. Its a silly little tradition I started four years ago, producing a news-like report for a fictitious holiday that also happens to land on April Fools’ Day.

Being the goofball I am, I’ve always loved April Fools’ Day. My radio career gave me an annual opportunity to prank thousands of people at a time. From live coverage of the big April Fools Parade in downtown Seattle, to something as simple as having cell phones ring in the background while we were on the air, making people think their phone was ringing.

In fact, this year on the radio, KRKO celebrated the 40th anniversary of “the concert that set the standard for all the others except Woodstock.”  We promoted it as “The Return of the Jetty….Island Concert.”  I even used Star Wars font when I put together this visual: 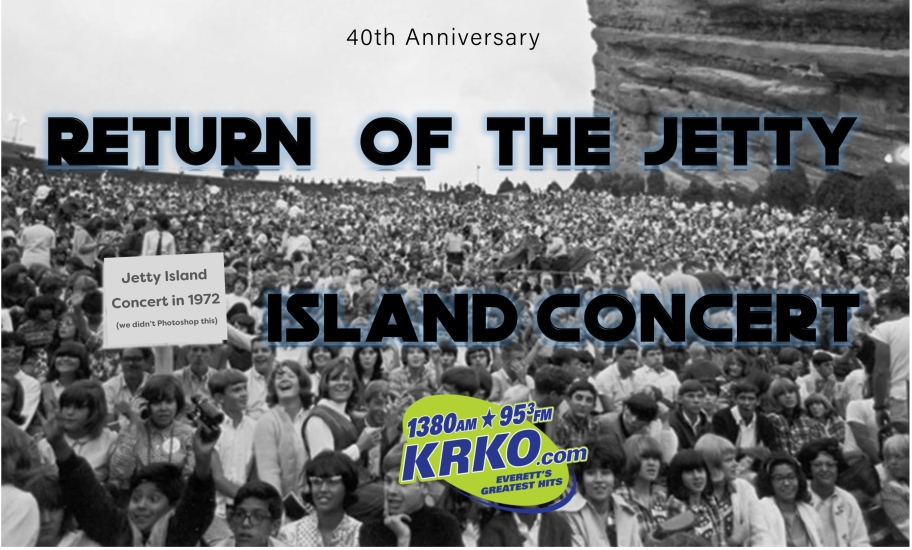 You can even see at the bottom of the sign being held up the words, “We didn’t Photoshop this.”

This is my favorite hourly I.D..

And my favorite break had to be my interview with Sir Paul McCartney.  Thanks to the very talented Scott Burns for hooking me up with Sir Paul.

Like I said, as if putting together this silly three-hour radio show wasn’t enough, I was determined to crank out another April Fool’s Day extravaganza.  I spent the entire year, stashing footage that I would be able to use. About a month out, I started scripting some bits and then called in favors from people who didn’t owe me anything, but I knew they would love to be involved. In fact, if you watch over the years, we have some recurring characters.

I set up taping sessions in between appointments. I asked for voice-overs from my radio friends and permission to use the images of other friends. I grabbed the gang from one of my clients, Opus 111 Group, and asked them to be people “who were at the Jetty Island concert.”  I tried to get all the pieces ready by Friday, got up early on Saturday to shoot my on-camera parts and then, put it all together.

Some of the behind-the-scene nuggets from this year’s video: Check out my bed hair.  I woke up with it sticking out, tried to wet it down, but as you’ll see, it would not stay put.  When the guy talks about building a raft to get to the concert, those photos are actually of me, Skip Tucker and Terry Michaels from KQOT in Yakima at our station’s first-ever River Float.  The guy you see who found the long-lost movie of the first April Fools prank on film?  That’s Leif Eie, who will celebrate his 90th birthday in a couple of months.

Every year, it’s another passion project. No one’s getting rich and frankly, at times, I don’t think my wife completely understands why I do it. It’s just me. If you would do your job for free, then you win.  I’ve already started collecting things for next year’s edition and, if you would like to be included, let me know and I’ll see what I can do.

Just remember, at some point in my life, I’m expecting all this to be held against me.