Last Sunday, I got to enjoy a wonderful stroll down Memory Lane. I gathered with friends from my college days, when I was living in a dorm named Terry Hall that no longer exists at the University of Washington.
You’re saying, “Oh, Tim, they still have a Terry Hall at the University of Washington.” Different one. They tore down the building I lived in for three amazing years back in 2014. When the last of the students moved out in December of 2013, the Seattle Police actually used the building for SWAT Team training before the wrecking ball showed up to do its work.

Taking me back to my time at the original Terry Hall means going back over 40 years ago. That’s weird. Growing up, when my parents talked about 40 years ago, that would have been referring to the Great Depression and pre-World War II.  But here I am now, in this 60-year-old body with a mind that thinks he’s still 35, reminiscing about those days in the 1970s like they were yesterday.

Terry Hall was my first experience at living away from home. It’s where I learned that if you spend too much time being lovesick over a girl from your home town, you could end up with a $112 phone bill. Yes, kids, there was a time where long-distance calls actually cost money. I was attending school at the UW, but my social world was this building full of other kids who had left the nest and were reinventing themselves into the people they wanted to become.  I arrived in Seattle as a black-belt in goofball (no surprise to my high school friends) but being away at college allowed me to be a goofball on steroids. A few examples? Oh, sure. 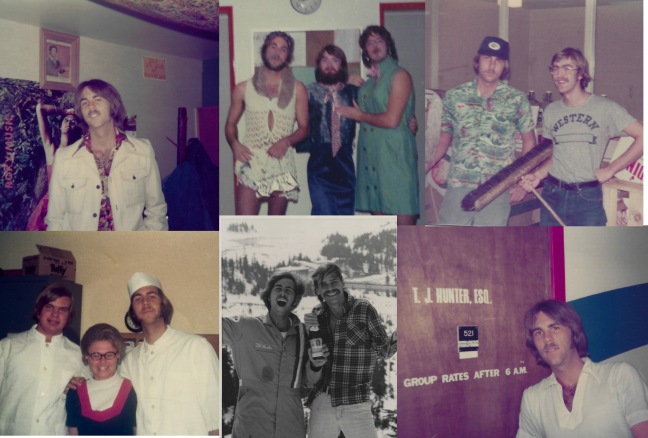 These were the transition years. Going from a kid whose parents provided a safety net to being a semi-adult with full adult responsibility. There was so much learning going on, both in and out of school. The three years I lived in Terry Hall pretty much shaped my future. The high school girlfriend I was supposed to marry decided to set a new course. A guy down the hall, Bob Carey, gets full credit for telling me about the broadcasting program at the U-Dub. I remember thinking, “You could play on the radio and learn about television and call that a major? Done deal!”

Each of the people at the reunion triggered different memories. There was Erika, the girl from Germany, who once tried to teach me skiing. Jen and Abdoul, who both ended up working for a local city. My long-time pal, Steve, who knows more incriminating things about me than anyone should. Even my old roommate, Les showed up. That was a treat. Les and I ventured away from the dorms my senior year of college, to a funky house in the Fremont district of Seattle. That house still stands and is now actually a barbecue place. Seriously, this was our home. 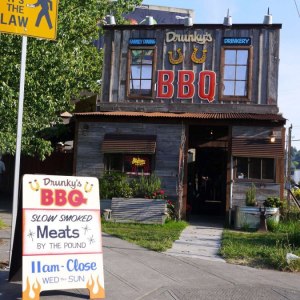 We remembered classmates who weren’t there and wondered what they were up to. Who was still around? Who is about to retire? Who has already retired?

I got to meet spouses and hear about their kids. It was a small group, but with all the value of a big fancy class reunion.  These were people I saw every day, that became a part of my life. They were the folks I would look for, when sitting down in the cafeteria and with whom I worked with in the kitchen. That picture of me up above in the white hat? That was taken when I had the dorm kitchen job of milk runner, where it was my responsibility to make sure none of the milks ever ran out. I was also a fry cook and on egg days, I would cook around 1200 eggs or flip 1500 pancakes in the morning for breakfasts.

Get me going and there’s a movie’s worth of stories that, maybe, someday I’ll write down. In the meantime and for now, they’re alive and well up in my brain. A few of the forgotten ones were knocked loose again last weekend. We all agreed, we HAVE to do this again sometime soon. Those really were some good old days.

The hardest part about pulling off one of these mini-reunions? Yes, all those various schedules make it a challenge. But the most difficult part is admitting that everything we talk about happened over 40 years ago. 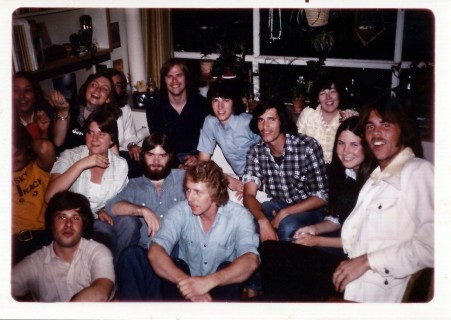 2 thoughts on “They Really Were Some Pretty Good Old Days”