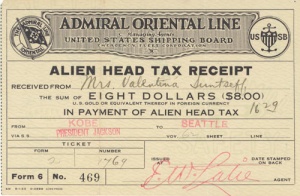 The idea of a head tax has never been a good idea.

So, the Seattle City Council did it. They passed the highest-ever “head tax” in the country this week, hitting Amazon and other large businesses in the city for $275 per employee per year to supposedly help in solving the homeless problem in Seattle. And it is a problem, along with drug addiction and mental illness. That’s actually three separate issues being bundled under the name, “homelessness.”

This council’s solution to anything has always been “spend more money.” Not “solve the problem”, just spend more money. Remember, the city of Seattle spent $54-million on homelessness services last year alone. Since cutting spending isn’t in their vocabulary, that has to mean the $50-million generated by the Head Tax will go on top of last year’s spending and so over the next year, $104-million will go towards the efforts.

With the majority of the population against the tax, the Council ignored that fact and went ahead with it because they think they know better. I’m then going to assume that this will improve our situation. Notice I didn’t say “solve the problem”, just improve it. Therefore, if you double your spending and the problem gets worse, you have failed and you should return all of that tax money to the businesses.

Better yet, this is a wake-up call to the voters in Seattle to take these City Council elections a little more seriously. Instead of voting in ideologues who match your shade of blue, we need people in office who know how to run a city. Small business owners and community servants, not politicians and tax addicts. There is no place for tents on the streets and freeway off-ramps, needles on playgrounds and people shooting up and defecating in public.  That’s not civilization.

Low-cost housing is a lofty goal. But if we’re spending millions of tax dollars to create people where mentally-ill, drug addicted people can just continue their lifestyle out of our public view, who is that really helping? It inspired one more analogy. The city of Seattle is a beautiful car everyone wants. But when you start it up, it puffs smoke and leaks oil. This City Council’s solution is to get it a new paint job and a couple of shiny coats of wax and that’s supposed to solve the problem. “Isn’t that beautiful? We feel so much better about ourselves.” Yet, it does nothing to remedy what’s really wrong.

I can’t be the only one who would like to take this back to square one. Let’s identify all the money set aside for the battle against homelessness and do a hard sort of what actually works and what doesn’t.

My previous blog tossed out some numbers on Seattle’s current misguided efforts. This Amazon ad gives a strong reason why we need different people in charge. 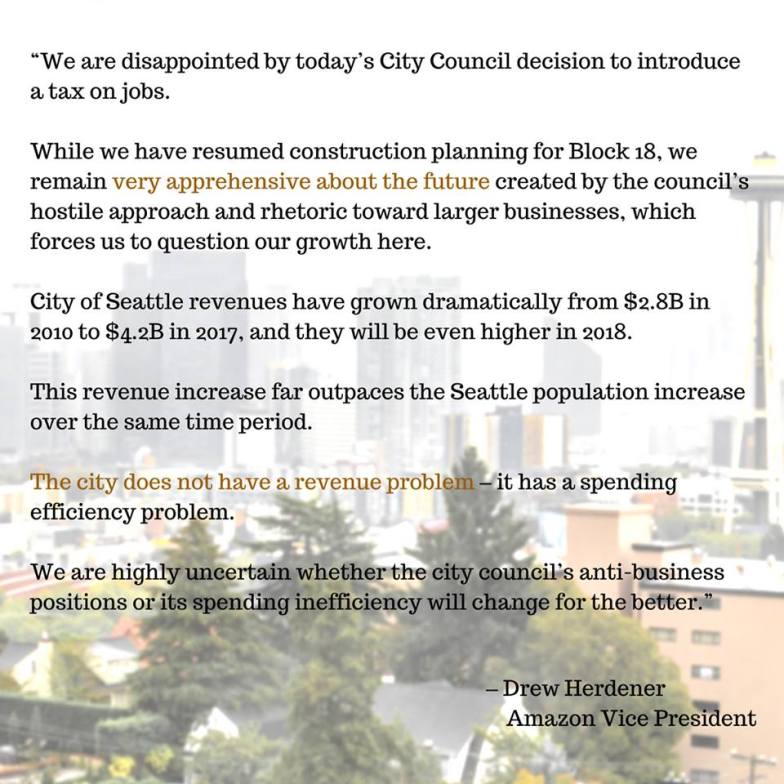 Seattle has the opportunity to become a better and even greater city. But that requires great leadership. This is where you come in.