I was talking with an avid Seattle Mariners fan the other day about the team re-signing Ichiro. I was excited about it, because he brought a lot to the Mariners during his first term and, even though he now clocks in at 44-years-old, he could still bring a lot into the clubhouse if not on the field.

The friend downplayed the impact and expressed a bigger concern about all the injuries the team’s had since they started spring training. I was acknowledging the early season bad luck when he then blurted out an explanation, a possible theory behind those injuries. 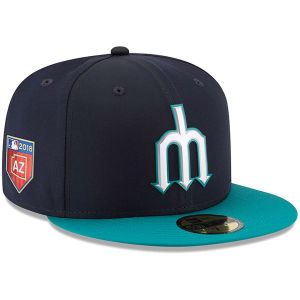 Over the years, baseball has proudly become one of the most superstitious of all the sports. When a pitcher walks to the dugout after an inning, he steps OVER the chalk baseline, never on it. When a batter backs out of the box between pitches and does his ritualistic batting glove adjustment, it’s to better his odds of getting a hit. Fans are equally superstitious, turning their hats around in the 9th inning to convert them into “rally caps”, as if what they’re wearing will cast some positive mojo upon their team.

Oh, and there have been some great team superstitions that turned into traditions. Of course, the most famous was the “Curse of the Bambino”. The Boston Red Sox had a player named Babe Ruth, who was not only a great pitcher, but also had quite the bat. For some reason, they traded Babe to the Yankees in the 1919-20 off-season. Die-hard Red Sox fans know that the curse was credited for keeping the team out of the World Series for 86 long years.

When tavern owner William Sianis took his goat to Wrigley Field back in 1945 to promote his Billy Goat Tavern, he was kicked out. So he placed a curse on the Chicago Cubs. The Cubs didn’t make it to the World Series for 71 years. Apparently, that’s all a goat curse will get you.

Now, back to the Mariners. I’m sure not going take credit for this theory. In fact, here’s a nice article on the subject. But the bottom line is that the Trident that appears on their hats is apparently bad luck.  Oh, sure, the head of Neptune’s spear usually means good luck. But, to make it look like an ‘M’ for Mariners, they turned it upside down. You know what they say about horseshoes and if you turn them pointing down, the luck will run out? Same thing. With the Trident pointing down, all of the Mariners good luck has just run out.

Amusing theory. It would be absurd to think that it could actually be the cause of all their injuries. Then again, the team has never made it to the playoffs in years that the down-pointing Trident appeared anywhere on their uniforms.

Maybe just to amuse those superstitious people, we should get rid of the Trident for a season or two. Like now. Is it gone yet?

In the immortal words of one of the greatest philosophers of our time, Bud Light, “It’s only superstitious if it doesn’t work.”