We’ll come back to that.

A quick flashback to my college days for just a moment. The year was 1975 and I had been at the University of Washington for a couple of years by now and still hadn’t figured out what my major was going to be. Probably needed to make that decision fairly soon.

Then one day, I was talking with a guy from the end of the fifth floor of Terry Hall who mentioned the campus radio station. The what?  You could do radio and call it a major? So, off I wandered off into the world of communications, with an emphasis on Radio & TV.  Ask me for the long form of the story next time you see me, but for the time being, I decided that radio was the way to go.

It was my career for the next 30+ years. I consider myself very fortunate in that I was only let go twice during those three decades. Radio is pretty much like golf–the lower the score, the better you did.

This past week, we saw two Seattle radio stations get flipped. For the outsiders, that means a personality was saying a slogan for a station one minute and a few moments later, there were new call letters. KMPS, which has survived as a country station since Gerald Ford was president, fell as part of the CBS Radio/Entercom merger.  Across the lake, 98.9, which had been some kind of rock station for a couple of years, flipped over to country to keep the Wolf honest. I still think of 98.9 as Smooth Jazz, much like I keep calling Macy’s The Bon.

These events brought back memories of my second radio retirement. December 19th, 2003, at the Village Theater in Issaquah.  It was the Murdock, Hunter & Alice annual Christmas spectacular. I believe it was our 3rd one, as each year we kept getting bigger and bigger. This particular morning, Bryon the Producer had pulled out all the stops.  We had Brenda White, the original singer of “Christmas in the Northwest” performing live. Channel 5’s Dennis Bounds read, “Twice The Night Before Christmas.”  There were kids singing, story-telling, it was some pretty great radio, despite the fact that all three of us knew this was probably going to be it.

And so, at 9am, after introducing our final act and thanking everyone for listening, our general manager came backstage and asked if we were done on the air. We said, “Yes” and he said, “We’ve decided not to renew your contract. See ya. Take your time cleaning out your desk and well throw you a big party next month to say thanks for all those years.” (I had been in the building 19 of them)

Six days before Christmas. I suppose he could have come down the chimney Christmas morning and had more impact, but maybe this was his way of being kind. Oh, and that party? Never happened.

Once you’ve been in radio, it’s a hard demon to shake. It’s an addiction. Maybe the city of Seattle, once day, will set up Safe Broadcasting Sites. I have to admit, even though I find myself in a dream situation for work, if the right situation were to come up, I would be seriously tempted to give it one more round.  All this while watching several members of my extended radio family being kicked to the curb and can’t for the life of them get back up on that horse.  One was even kicking butt in the ratings and was still let go. Radio is just that kind of master.

So, to all of those hard-working folks who found themselves on the street this week, just know you’re in one heck of a club. It’s a badge of honor in this biz and also a powerful reminder that, hey, it’s just a job. You’ll survive. You’ll grow from the experience and eventually, realize that you’re better off in whatever you take on next. The industry has been changing for a long time and not for the better. I’ve told friends more than once that I truly do believe I was lucky to have taken part in radio’s last big hurrah.  In these days of satellite and having your own personal format on your phone or multiple streaming options, all without commercials, it really is just a matter of time.

But damn, it was sure fun while we had it. 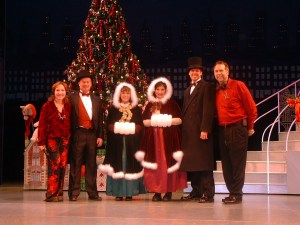 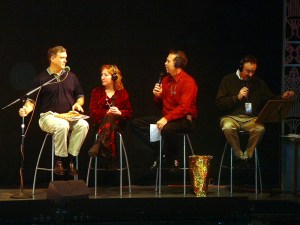 One thought on “‘Tis The Season For Format Changes”