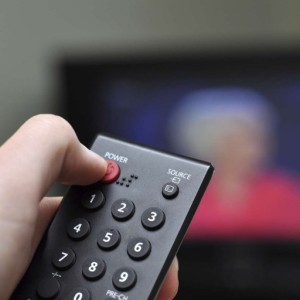 I have officially written-off watching local TV news. Done. Over.

Apparently, kids walking out of a high school to protest the presidential election is enough to get the “Breaking News” banner. Let’s show that stock footage again of the violence during the Portland protests. People are upset about the election results, I get it.  In most elections, there are winners and losers, we learn, we move on.

[On a quick side-note–Of the 112 arrested on night in Portland, almost 70% weren’t registered to vote or failed to vote)

Sadly, political campaigning these days is all about instilling fear. Lots of fear. Enough that the Apocalypse would seem like a vacation. The drawback on that plan—if you don’t win, all you leave behind is massive fear and the losing side did a tremendous job this time around.

OK, just one “back in the old days”, I would watch what’s happening, make up my own mind if it was a good thing or a bad thing and then have an opinion.  Now, there’s a correct way to view actions, with different rules for different situations.  For example, kids walking out of school because they’re against the election results gets you into consideration for sainthood. I came from a time of protest—I mean serious protest—when there were laws on the books against people and a war where tens of thousands of fresh-faced kids barely out of high school were dying in a not-a-war police action. I get that.

I saw Colin Kaepernick kneeling during the national anthem and felt that it was shameful and very disrespectful.  I was told I wasn’t thinking the right way, that he was calling attention to a social crisis that required change.  Yes, Colin was a hero. A political activist.

It seems to me that if you’re going to try to cause change in politics, you need to vote. He said he didn’t feel he had to.  Another part of his protest. Yep, a real hero.

To all those who feel wronged or hurt or distraught, take a look around you.  We live in an amazing country, with opportunity that others would die for. Why do you think all those immigrants want to come here?  You live here. You get to enjoy all the benefits. You are blessed with a political system that works and isn’t toppled every couple of years.

Donald Trump was not “my guy”, but he is my president.  If you want to undermine the system, then you want to undermine America. Fix things, donate to causes, get involved.  Every time I see a group of marchers, I’d love to do a quick poll among them and ask, “So how many of you actually voted in the last election? Or any election, for that matter?”

I was sad to see my wife upset the other morning as she headed out the door to work, because someone had spit on a professor at a Starbucks on Seattle’s Capitol Hill and called them racist names. She was under the impression that, “Here we go. Donald Trump’s people are acting out.”

I decided to get online and look up the incident. It happened in May, before Trump was even the nominee.  But, in the spirit of spreading fear, someone posted it on Facebook and all hell broke loose.

As the rains pour down, please, continue marching outside and protesting.  I’m going to focus on all the positive things that surround us and enjoy the bounty that comes with this season: football (and some winning teams), Thanksgiving, all the Christmas and holiday events, the office parties, the family gatherings. As a people, as a country, we are so blessed.

We definitely need to keep an eye on what’s happening in Washington, D.C., but more importantly, we need to stay focused on ourselves and living and enjoying what precious time you’ve been given. To spend the bulk of your existence being upset about something completely out of your control is a formula for a long, depressing life.

By the way, I had a refreshing chat with a Canadian friend of mine to get her take on what Canada thinks of our situation. You can hear that conversation on my weekly podcast.