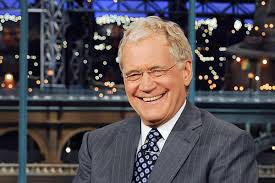 David Letterman’s last “Late Night” show was over a week ago.  I taped it, watched it, enjoyed it.  It was a nice chunk of television history and a glance back at some of the fun he brought to television over a 38 year span.  Pretty darn impressive.

If you’re a regular reader of this blog, you know that last week was more about the King of Norway than about the King of Late Night.  Well, the last reigning King of Late Night.  Jay Leno had stepped down the year before.  Johnny Carson had handed off “The Tonight Show” to Jay instead of Dave, which sparked years of controversy over who was better; who was funnier; who was the better late night host.

The simple truth of the matter is that it’s the classic apples versus oranges–which one do you like better?  One isn’t necessarily better than the other, but opinions run strong.  Letterman people seemed to despise Leno, while Leno people just didn’t seem to get Dave.

Years ago, before he took over the Tonight Show, Jay Leno was a stand-up comedian.  Another stand-up, Frank King, found himself bumping into Jay on the comedy circuit and they got to know each other.  When Jay ascended to the NBC throne, Frank asked Jay if he could shoot some jokes his way.  Jay said, “Sure!  Here’s my fax number!”

And so White Collar Comedy was born.  Each day, Frank would write some jokes, submit them and, if Jay used one, it meant a check was in the mail for $50.  In time, Frank added a former writer for the Pat Sajak Show, Pat Gorse.

This is where I came in.

While at KLSY, the Smooth Jazz morning show guy was Matt Riedy, another former stand-up, who had worked with Frank.  One day, he suggested I reach out to Mr. King about submitting the jokes I had been writing for the Murdock, Hunter & Alice Show.  Thus began a 10-year run as a Tonight Show “fax comedian.”   Pat, Frank and I would compile our jokes in one fax, Jay would give them a read and if he liked ’em, he used ’em.  No credit, but eventually the bounty went up to $75 per joke.  Plus, I got to hear Jay tell one of my jokes, often word for word as submitted.

Then, one week, our little trio sold around 7 jokes in one day.  Our theory is that Jay’s union writers complained about using so many jokes from the fax machine over their jokes and we were dismissed.  Just like that.

I know during his final couple of years, Jay bought jokes from another local funny guy, Pedro Bartes from the Bob Rivers Show.   A big believer in things happening for a reason, I decided I had a taste of writing for people exposed to a national audience, so I continue to contribute gags to ventriloquist Mark Merchant, the comic strip “Dustin” and political cartoonist Steve Kelley.  I would be remiss in not mentioning Ima Norwegian or Radio Online Daily Show Prep.

Back to David Letterman.  Dave, I respected the heck out of you and that show of yours, but if I had to make a choice on who the better late night host was, I’d have to go with Jay.  For two main reasons: