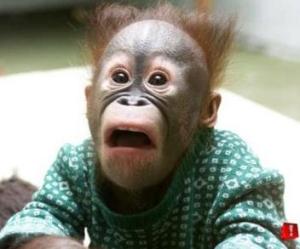 Yeah, it’s how I feel

Ever since that final play of Super Bowl 49, I haven’t stopped thinking about the game, how it could have been SO different, why we decided to “snatch defeat out of the jaws of victory”, etc.

So, throughout the week, as my brain continues to work overtime, I’m just going to assemble a collection of my thoughts so I can press them in my scrapbook of Seahawk memories.

1) For baseball fans who don’t follow the Seahawks, Sunday’s Super Bowl loss was like the Mariners going to the 7th game of the World Series, having a one-run lead in the bottom of the 9th, then, with the bases loaded, walking in the tying and winning runs.
I guess the good news is, in football, you get it over with a lot faster.

2) A survey says that 14% of all Baby Boomers are being treated for depression. Most of those, Seahawk fans.

3) Even Johnny Weir was asking, “Why did they pass instead of giving that Skittles guy the oblong ball thing?”

4) The Scientology commercial that ran in the Super Bowl promised “the Age of Answers.” Can we start with that last play call?

5) That’s it! Seattle’s offensive coordinator Darrell Bevell is NOT getting a Valentine from this guy this year.

6) Seahawk Sam poked his head out of the rubble in his living room, saw it wasn’t just a bad dream & that means 6 more weeks of depression.

7)  (I channeled Marshawn Lynch on Facebook with this one) “I’m only here so I won’t get depressed.”

8) Every time I try to rerun that last play in my head, I pass instead and it gets intercepted.

9) It’s “Groundhog’s Day”, that day when you live life over and over until you get it right. Where was this day when we could have used it yesterday?

10) Congrats to Hank Wackstrom, Pee Wee football coach from Twisp, Washington. Hank was the winner of the Seahawks “You call the play” contest, where Hank got to call the Hawks final offensive play in the Super Bowl. Way to go, Hank!
Only way I can explain it.

11) Now I know what the Green Bay Packers fans felt like. Is this where I say, “The better team lost?”

12) There was the picture of the seagull with the Seahawks logo on the chest and the caption I put above him, where he’s saying, “Hey, even with my brain that was a bad call.  Just sayin’…”

13) The Seahawks last call really soured me on the entire game.  It reminded me of my bar days.  I always hated the last call.

14)  Hey, Atlanta–how about if we keep Dan Quinn and you get Darrell Bevell?

16) I heard Seahawks offensive coordinator Darrell Bevell wants the parade to go over the mountains on I-90 because he prefers the pass.

17) Ironically, after that Super Bowl loss, it’s the Seahawks that are feeling deflated.

18) I mean, it was crazy: one minute I’m watching the Seahawks in the Super Bowl and then it turned into a Cougar game! (WSU friends, insert ‘Husky’ here) 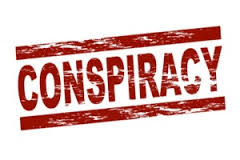 (my brain went here–history will decide if I’m right)

Why did the Seahawks pass instead of giving Marshawn Lynch a couple of tries of running it less than a yard?

Theory 1–The Seahawks wanted quarterback Russell Wilson to be the hero, not the crotch-grabbing, few-on-words Marshawn Lynch.

Theory 2–The Seahawks came up with a difficult play that made it impossible for Wilson to complete, thus making it appear as if he blew the game.  Then, when end-of-the-season contract negotiations are underway, he can be reminded of it and be offered millions less.

How did a rookie defender anticipate an a slant pass in a definite run situation?  The only way a play like that could have worked was to incorporate the element of surprise.

Theory 1–The New England Patriots intercepted the play call as Offensive Coordinator Darrell Bevell talked to Pete Carroll on their radio connection.  The information was passed to the New England defense, who knew exactly how to defend this unlikely play.

Theory 2–Because of everything the Patriots and the NFL went through for Deflate-gate, the league decided the Patriots needed to win.  Russell Wilson threw it directly into the arms of a New England Patriot player from 15 feet away with the promise that the Seahawks would be allowed to win it next year.

Oliver Stone, eat your heart out.

One thought on “Musings of a Depressed Seahawks Fan”