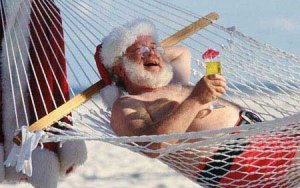 I’m guessing that, with Christmas falling on a Thursday this year, this blog is probably my last in 2014. I’m pretty convinced the world won’t spin off its axis, that it’ll still rain in Seattle and you’ll have watched at least one of the versions of “A Christmas Carol”. (the 1952 Alistair Sim version is really the only version)

So, with that buried deep in my sub-conscious, I’m being more observant of all the things going on around me. I’ve thought about going several directions with this piece and I’ve decided to go in all of them.

Today, I was at the Post Office, trying to get out my parents and sister’s Christmas package in the mail so that it would arrive before the big day. I walked in, saw a HUGE line at the in-person desk (with only two clerks), but there was a six-person wait at the automated machine. No-brainer. I get in the line, waited….and waited for my turn. I was almost there, when the person ahead of me informed me that the machine was full and could no longer do packages.

So, I headed over to the in-person line, which was even longer than when I first arrived. About ten minutes into that, the person who had been in front of me in the other line came over to give me the good news: the machine was working again AND there was no one in line! By the time I had taken care of the postage, I was in and out of there in less than 25 minutes. These days, that’s pretty good.

To my next story.

Without going into the “who”, I saw an acquaintance yesterday that I knew had been having health issues. Here it is, the “happiest time of the year” and she was one of many people having to deal with real life. This particular friend had spent last week getting medical treatments. This week, she was home, but you could just look at her and know things weren’t right.

The other day, I got a call from a friend, going through her first Christmas without her husband of 38 years.

Then there’s the tradition that was rekindled this morning, when I record “A visit with Santa Claus” with my radio buddy Bryon Mengle for his radio station back in Iowa. Something that I wrote and that is most likely heading to next year’s Christmas CD.

That’s another cool tradition. For the 14th year, I’ve put together a compilation of Christmas songs and comedy bits for a CD I call, “Ho Ho Brother.” This year’s edition is “Ho Ho Brother 14.” In all those years, I’ve only used the same version of a song once. Otherwise, every collection is different. I thought, for a while, about just offering it as an audio file, as CD’s are this close to extinction, but I know too many people on my list that still use that technology.

I’m rambling. But where I’m heading with all this is that Christmas happens during life. There will be ups and downs. I’ve got a dad who is failing in health and may not see another Christmas. This is the year to make it count. To enjoy every carol. To watch the amazement of kids when they meet Santa or rip open that present on Christmas Day. To realize that being happy and hopeful and full of dreams is a much-preferred way to live.

As I wrap this up, terrorists from North Korea forced Sony Pictures to stop the release of a movie. A fictional tale of an attempt on the leader of North Korea, but an idea that was crushed by international bullies.

I’ll tell you what’s next. Next Wednesday night, millions of kids around the world will find it hard to sleep because they don’t know what Santa will leave for them and what he’ll put in the stockings they left out.  Will he take a bite of that cookie they left on the hearth? And drink the glass of milk?

It’s Christmas. Let it be a magical time for you and yours.

And then, come December 26th, we’ll get back to dealing with all that real world stuff.

Merry Christmas.  See you all next year.