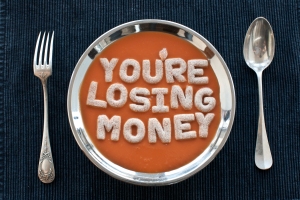 This would be on the dining portion of our evening last Friday at McCaw Hall.  So, being an after-work Friday evening Ian Anderson concert, we decided to make reservations at Prelude, inside the theater.  I used the OpenTable app, locked in a 7pm reservation and we were set.  The reviews on the web weren’t stunning, but how bad could it be?

Yes, and we had planned to leave for the show by 7:50pm, to make sure we were in our seats before it began.  After all, the tickets said “Show starts promptly at 8.”

All around us, I heard people complaining about the service.  The waitress told us they had scheduled only half the staff they really needed.  The food was good, slow to come and we had to leave early before dessert, so they told us to come back at intermission, which we did.

As we returned to our table during that intermission, we found our desserts waiting for us and the bill for our wine, since we had pre-paid for our dinner.  Wait a minute!  Since I hadn’t given her a credit card before, honesty forced me to track the waitress down after dessert and point out that we hadn’t  paid for that $35 a person 3-course meal.  She said I should have paid for it with my ticket price, that this was a private event for ticket holders and that she couldn’t do anything about it.

In other words, dinner was on them.

I’m still feeling guilty to a degree, but at the same time, whoever is running the Prelude: “This is your last call!”  You’re not going to in business very long with many more nights like last Friday.