There’s a new Santa in town.

For most of the past 11 years, when the first weekend of December rolled around, you’d find me out at the Country Village Shopping Center in Bothell, dressed up in a Dickens-era top hat and cape and ringing a bell as the “Official Town Crier”.

After an hour of crying around the shopping center, I take to the stage and tell the crowd to keep an eye open for Santa Claus.  Sure enough, like clockwork (some run faster, some run slow), Santa would descend from the sky on a lighted sleigh, come out and address the crowd and then hand out candy canes to all the kids.

When I first arrived, I would always chat with Bob Sweet, an older gentlemen who was like the handy man of Country Village.  Year ’round, he’d fix things and do whatever was needed.  But this one night every year, he’d put on the red suit, act all jolly and be transformed into Santa Claus.  It was a role he loved.

Bob had been doing this for something like two decades.  Naturally, there were some adventures in there, like the year someone parked in the flight path of the sleigh and we were delayed half an hour while we had the car towed.  One year, there was even a video of Bob–uh, Santa–falling out of the sleigh that supposedly was featured on “America’s Funniest Home Videos”.

This year when I arrived for the big tradition, I was informed that we were going to be doing a few things differently.  For example, before Santa flew in from the building in the rear of the complex, he would wave his magic candy cane and light the big Christmas tree, THEN come flying in.  OK, fine.  Next came the bombshell: “We have a different Santa this year.  Bob passed away earlier this year.”

I have to say that he was getting a little more sentimental in recent years.  So much that there was one frosty Santa arrival night where Santa started reflecting on his days back in the Navy.   And last year, I’m fairly sure I heard Santa talking about “not being sure he’d be back next year”.

I didn’t know Bob that well outside of one night a year when we’d work together, but he was a likeable fellow that loved creating that stare of wonder in the eyes of children. He knew of the importance of keeping that legend alive and making it real.  The Santa arrival was different this year.  Well done, a wonderful new, jovial Santa who really did shake when he laughed like a bowl full of jelly.

But for the record, Bob, you were missed.  Thanks for all those years of making Christmas magic and letting me be a part of it.

Here’s an actual video of Santa’s big arrival that I put together a couple of years ago. 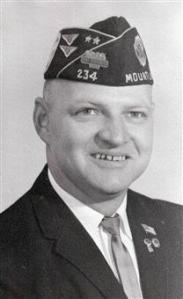 Bob, out of uniform