One thing about being in the radio industry and then advertising, I have no shortage of great stories from the people I’ve worked with over the years.
Just when you think you’ve maxed out on those kinds of stories, another one happens.
It was a hectic day here at the agency. The voice talent that was scheduled to arrive at 4 was running late. 4:30….5pm….
Some time after 5 she arrived and we began to record a 30-second TV voice-over. Once that was done, we tackled a 15-second script, which was just a shorter version of what we had just done. But, for production’s sake, I had crossed out the words we didn’t need to say, which made for a tricky read.
So, I quickly ran back to my desk, changed the copy, ran back to the studio, opened the recording booth door and to my surprise, the talent yelled out, “No! Don’t open the door!”
In seconds, I knew the answer why. Don’t know if it was too many beans at lunch, adverse effects of broccoli….all I know is that I couldn’t have done much better myself.
Being the shy, timid person you know me to be, I started coughing and dropped to my knees.
The next few minutes were dedicated to hysterical laughter and every joke thinkable in the fart genre.
I was late for an evening event…but for one brief, choking moment, I didn’t care.
Everyone has a little Ace Ventura in them. It’s up to us to let it out.
Just not when someone’s about to open the door. 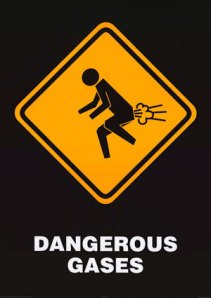