We went and saw the new Michael Jackson docu-film, “This is it” last night.
I knew going in it was a collection of videos shot during rehearsals of his big comeback concerts that would never happen. I knew how it ended. I figured it would be a last chance to see one of the more iconic people of my lifetime in his final moments.
It was that and way beyond. I mean WAY beyond.
The movie was shot for Michael’s records, not for the public, so he didn’t hold back. He was pure Michael–giggly, opinionated, demanding that his vision be met.
I read the reports about people leaving the theater crying, sad about the tragedy of his death. But this movie is more about what could have been. I left the theater inspired as you would having watched someone really good demonstrating what they can do.
These were unconditionally going to be the greatest touring concerts ever assembled. The dancers were the best from all over the world; the choreography, amazing; the musicians, the lead guitarists, phenomenal.
So you take the best of the best, combine them with over-the-top video shot specifically for the tour, special effects, pyro-technics and such, and “This is it” allows you to see what the concert would have been like.
The movie isn’t about Michael’s personal life or struggles. This is a chance for you to see the world that gave us the visionary “Thriller” (which they produced a new film to show during the concert) and while there were lots of people in charge of things, it was Michael’s show. He was the ultimate authority of what he wanted to give the world, musically.
His music was central part of my radio career. As his final act, Michael had put together the great concert series that would never happen.
if it weren’t for “This is it”, we would have never known.
If you appreciate musical genius, you will love this movie. 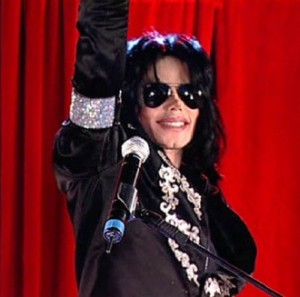