Seattle blogger The News Chick wrote about the first Seattle radio ratings based on the new People meter.
http://blog.seattlepi.com/thenewschick/archives/173954.asp
For years, ratings were gathered by paying people $2 a week to fill out a diary.
I couldn’t resist and commented on her blog. But I thought after all that keyboard tapping, I should post my comments here as well, so here goes:

For years, radio stations played the Arbitron ratings game. Arbitron had a monopoly and ratings were gathered using a very flimsy method of people keeping “diaries” of who they listened to, when and how much. What you got were “perceived” ratings…what radio listeners THOUGHT they were listening to. The result was a bunch of radio stations programming to the diary. Sure, like teachers teaching to the WASSL.
So, you had major contests kick off on Thursday. “Thousand Dollar Thursdays”, “Double Shot Thursdays”, etc.
You had program directors demanding that you say the call letters every third word, always start and stop with the calls, etc.
So starting in the 60s and gradually evolving until early this year, for a radio station to do well, it had to program to the diary holder and not the vast number of listeners.
Once they get the bugs ironed out and shake loose the bitter broadcasters who were programming with methodology and not talent, radio could become a viable medium again.
It was on a slow-dying path of losing relevance to satellite, HD, CD’s, I-Pods and other, less commercial, more entertain forms of audio enjoyment.

There is panic in the broadcast world by some, celebration by others, but this may be when the tanker starts to turn and radio actually starts to attract listeners by entertaining instead of playing to the diary holders. 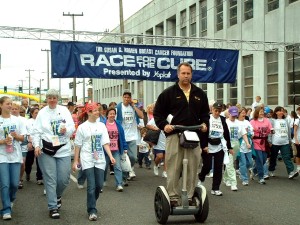